Texas. It’s a word that brings images of cowboys, oil, and football. For more than a century, oil has played a major role in the life and economy of our state, shaping Texas’ population, economy, and environment.

Oil has been known and used in Texas for hundreds of years, in ways very different from how we use oil today. Native Americans gathered the oil found in seeps around the Gulf Coast for medicinal purposes, and Spanish explorers used oil found on Texas beaches to waterproof their boats.  However, oil wasn’t seen as a profitable business opportunity until people learned in the late 1850s that petroleum could replace whale oil for lighting. Demand for oil increased as it became an ingredient in many medicines and new inventions. Savvy businessmen realized that a lot of money could be made if they could find oil under the ground.

Anthony F. Lucas, Patillo Higgins, and John Galey were just some of the Texans who wanted to make a profit on this natural resource. Patillo Higgins lived near Beaumont in South Texas.  His family would meet regularly for picnics on Spindletop Hill, where there was always a strange gassy smell. He wondered if there might be oil under the hill. He, Lucas, and Galey had many unsuccessful attempts to find oil on Spindletop. However, on January 10, 1901 their hard work paid off. A blast of oil from one of their wells shot 150 feet in the air and took 9 days to control.  Oil in Texas had been found!

News of Spindletop spread quickly. The well was initially expected to produce 5 barrels of oil a day. Instead, it was producing 100,000 barrels per day, more than all the other oil wells in the United States combined. Thousands of people moved to Texas, trying to get rich in the new oil business. People came to drill oil wells, sell land and equipment, lay pipelines, and work in oil refineries. Beaumont’s population grew from about 10,000 to 50,000 people in a matter of months. It was a Texas oil rush!

The population and economy weren’t the only things to change with the discovery of oil in Texas.  What was once a rural part of the state developed exponentially. Houston, which was once a small commercial center, grew into one of the largest cities in the United States in just a few decades. Soon, people were discovering rich oilfields in other parts of Texas. A new industry was born, with companies emerging to equip and support oil exploration. Many of those early companies play an important role in the today’s Texas economy, selling goods and services to oil-rich areas around the world.

The discovery of oil in Texas brought a flood of people and money. But those changes also came with costs. Hastily constructed oil storage facilities often leaked, polluting the land nearby. Oil refineries damaged nearby waterways.  Land was deforested not only for oil exploration, but also to feed new construction to support the oilfields and the boom that followed.

Despite that boom, extreme poverty remained the norm for many people in the state. In many rural areas, families lived without electricity, much as their grandparents had. Child labor was common in agriculture, factories and other industries. For blacks, Latinos and many immigrants, discrimination was widespread. Turmoil from the Mexican Revolution spilled over the state’s borders, and brought refugees who fled into Texas. And more than 5,000 Texans died while serving during World War I. Photographs from the time show us both the highs of the new oil boom, and the lows of people who led lives untouched by the state’s new wealth. 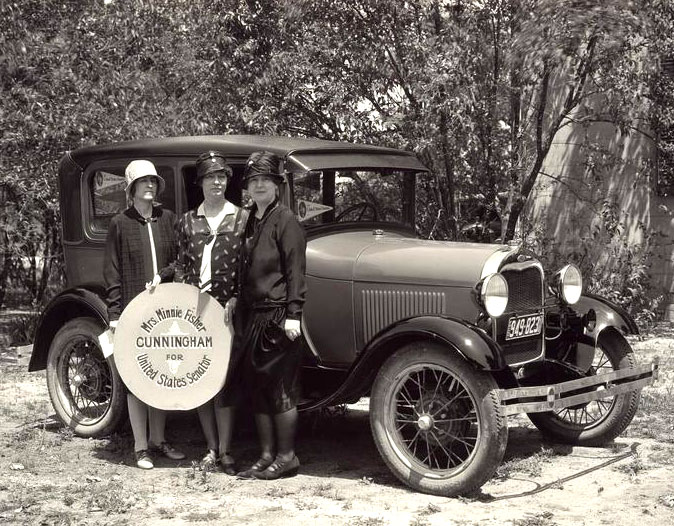 As awareness of ethnic differences and poverty, sparked activism and a push for change. Women across Texas fought for the right to vote. Reformers banned alcohol sales in many Texas counties, ahead of national Prohibition. In some areas, Tejanos advocated for better education for their children. And photographer Lewis Hine visited Texas to document child workers for the National Child Labor Committee, creating images that helped to pass child labor laws nationwide.

The early 1900s brought an era that paved the way for much change in our state. Enjoy browsing through the primary resources on our site to see firsthand how people lived during the age of oil in Texas, and how this exciting era continues to shape Texas today.